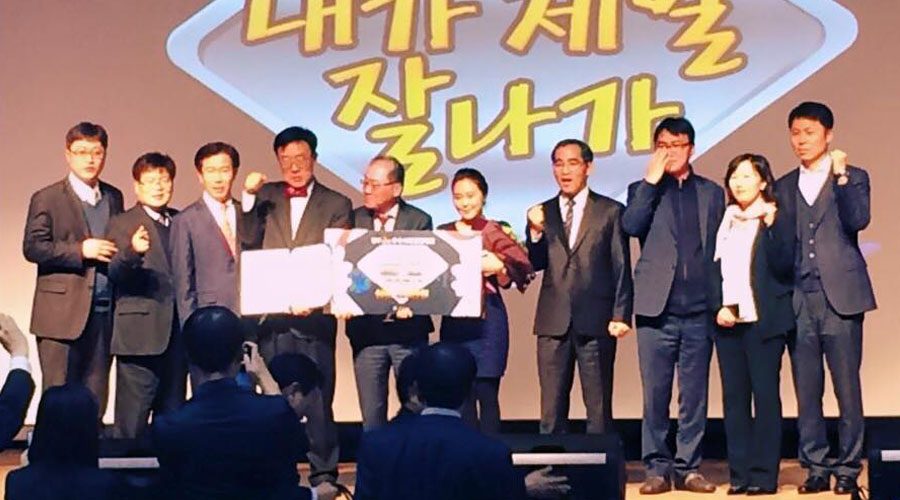 2015 Government 3.0 Best Practice Contest is held for the third time since 2013. It’s a contest selecting the best practice among approximately 2,000 cases discovered from the central departments and local governments in the Republic of Korea. The selection process consists of self-competition, evaluation by experts, and online voting by the public.

This year, 16 agencies including: the National Police Agency, Financial Supervisory Service, Korea Customs Service, Ministry of Interior, Ministry of Health and Welfare, and others made into the finals. The presentations given by the candidates were evaluated on the spot by the evaluation group which consists of 150 citizens and experts from academia and the press.

Korea Customs Service and CUPIA jointly gave the presentation on the case of e-clearance system implementation in Cameroon, in accordance with the keywords of Government 3.0 values: openness, sharing, communication, and collaboration. Winning the honor of gold prize again, proved the excellence of UNI-PASS system.

For more information about the Customs Modernization Project for Cameroon refer to here.