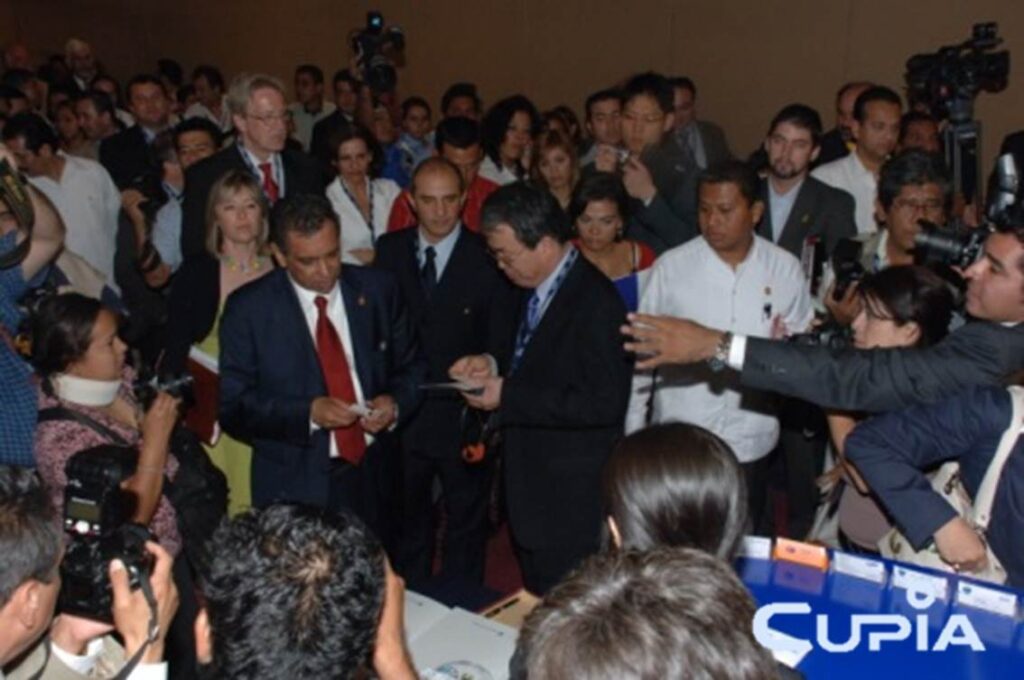 Presenting a new customs administrative model harmonized with cutting-edge IT technologyThe Korea Customs Service(KCS) was decided to be the host of 2008 WCO IT Conference & Exhibition at the 2007 Conference held in Veracruz, Mexico on Apr. 26.

Deputy Commissioner of KCS, Mr. Park Chin-Heon, participating at the Conference said in his impromptu acceptance speech that in the 2008 Conference to be held in Korea, a brand-new customs administrative model outgrowing the existing analogue-based administration and harmonized with up-to-date IT technologies would be presented.

Since the 1st Conference held in Belgium in 2002, WCO IT Conference & Exhibition, a big event of the 21st century IT technologies in the field of customs, has been held successfully in the support from both customs and business circle, and suggested year after year a new paradigm for customs administration incorporated with IT, suitable for the global trade environment, where trade facilitation and security are pressing issues.

As a host of 2008 WCO IT Conference & Exhibition , KCS is expected to enhance Korea’s image as an IT superpower in the international community and promote exportation of its e-clearance system, UNI-PASS as well as contribute to the simplification of customs clearance procedures through informatization.