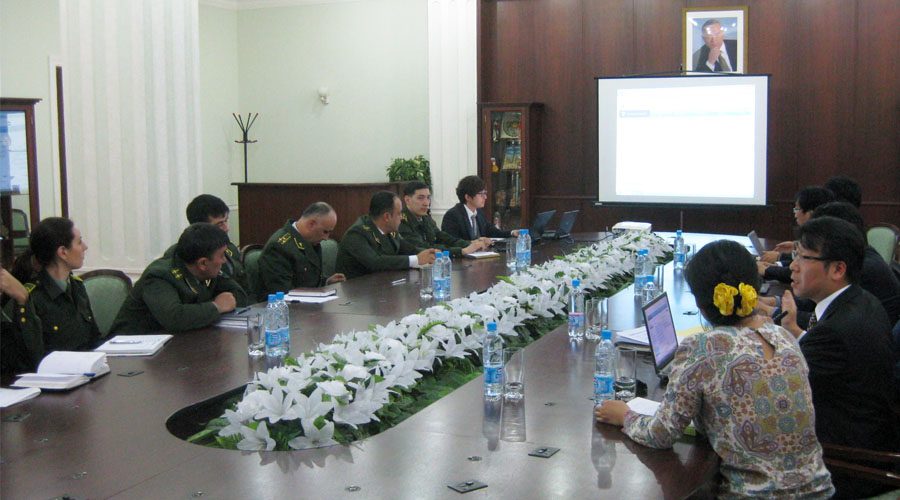 In late 2013, KOICA began the “Customs Modernization for Uzbekistan through Single Window” PMC project and established the Master Plan and Implementation Plan. According to the Master Plan, the major delays in Uzbekistan’s clearance times were due to requirement verification, authorization, and issuing processes being conducted by hand, resulting in an average of 20 days for processing. Also, due to a lack of informatization for each agency, comprehensive document verification was impossible to conduct.

In the late 2014, CUPIA was selected as the developer and supplier of the Single Window system and its components, based on their certified accomplishments and excellence.

Urgent informatization was necessary for requirement verification agencies, along with implementation and interfacing of an “Agency Portals” that enabled organic integration between Customs committees and agencies.

Additionally, a “Civilian Portal” was implemented so that cargo owners were able to submit applications, receive certification, and reuse attachable documents.

Taking Uzbekistan’s upcoming growth in trade volume, CUPIA has planned and is currently undergoing provision and implementation of equipment for quality maintenance for the next 5 years.

The current project realistically combats the handicaps of the clearance system and reduces the delay of verification agencies and issuing processes to promote swift clearance and trade facilitation. Furthermore, modernization of Uzbekistan’s customs administration is expected to contribute to improving national competitiveness through securing tax revenue and increasing administrative efficiency. Modernization will also aid Uzbekistan in becoming the main logistics hub for the country’s CIS area, as well as the focal point for Korea’s emergence into Central Asia Market (Aviation Logistics, Uzbekistan Navoi).